As a foreigner in Korea, especially if one has certain minority interests which the locals find difficult to understand – such as enjoying domestic Korean football – being in the media is little bit like your birthday; wait around a bit and it happens. And plenty of K-League tweeters were in the news this year:

Back to our old friend Paul Neat, who has now mercifully stopped posting 5.30am make-up photos from Arirang (pro-tip, Paul – never admit you’ve succumbed to the make-up – let them think it’s all natural. In the words of ‘Q’ “Never let them see you rouge”). Paul also himself in the general news at the end of October for his Molka-busting heroics at a bus stop in Seoul.

It’s not a funny subject so we’ll make no jokes about it but we will say Well done, Paul.

48Shades’s own Phantom put in a worthy effort by somehow managing to convince a JTBC TV crew making a horse-racing documentary that it would be somehow appropriate to film himself and Mark watching a WK-League game and drinking beer at Hyochang Park instead of going to the races. 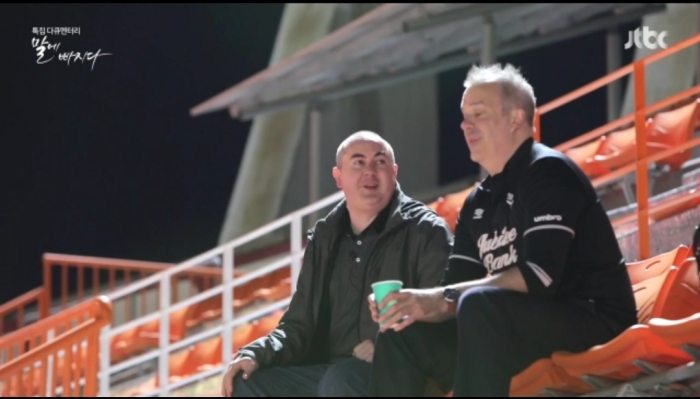 He was immediately disqualified, however, for the unforgivable crime of playing along when asked the inevitable “Do you like kimchi? Isn’t it too spicy?” question, thus setting back the cause of foreigners in Korea by at least another five years. 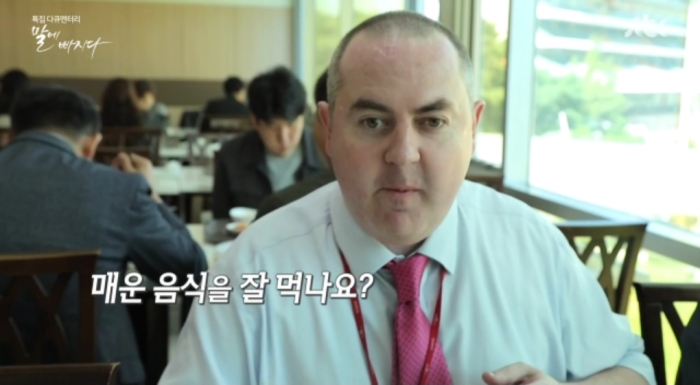 The winner though, does come from in house. Back in May we picked up our copy of the Korea Times and were interested to read that Mapo District was launching “Foreign Patrols of Hongdae & Yeonnam-dong.” We were even more interested to note the foreigner at front and centre was our very own Paul!

48Shades knows for a fact it wasn’t the first time that Paul had met the police in Hongdae.

Nevermind, we also knew we had seen Special Constable Carver wearing that outfit before, and pretty much the sole purpose of this award is to be able to reproduce it once more: