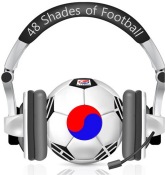 The one with the Best XI, the best training camp and the worst offside call ever!!!

It’s the eye of the tiger, it’s the thrill of the fight.

The results are in, the votes have been cast and the tears have been shed. No it’s not the Oscars I’m talking about but the altogether more important result of the 2015 K-League Best XI. It had all the hallmarks of an epic battle much like the Rocky movies before Stallone thought he could act. But would it be the epic slugfest of Rocky I or more like the ridiculous match-up with Hulk Hogan of Rocky III.

As previously blogged it was a complex process to decide the ultimate winner. After avid podcast listener Ally have rather unsurprisingly refused to bite the hand that feeds him and therefore threw his weight behind fellow Diablos member Paul (Diablos are FC Seoul’s foreign fan group) all eyes turned to @FRsoccerMiro, the modern day equivalent of Fantasy Football League’s ‘Statto’. Would he also be swayed by the glitz and glamour of Adriano and The Wookie upfront or would he be dazzled by the flair of Mark’s Yeom Ki Hun and Orsic on the wings. Using a point scoring system based on the importance of each player to their team Miroslav gave the victory to Mark’s team with both his midfield and attack proving too much for Paul’s 5-man defence.

With the result tied at 1-1 it meant the deciding ‘vote’ would rest on the shoulders of Football Manager 2015. Much faffing around ensued and after almost pulling out what remains of his once flowing black locks Mark was eventually able to get the teams assembled, the beers chilled in the fridge and the pizza occupying center row in front of the Mac.  In the interest of fairness we decided to play the match ‘the best out of three’. The first game finished a 1-0 victory to Mark’s Makgeolli Marvels, an Orsic wonder-strike separating the teams. Match two leveled affairs with Paul’s Seoulfield Wednesday running out convincing 2-0 winners as first Adriano then Yeom found their way past a rather unsteady looking Shin Hwa Young in goals.

Tune in to Episode 48 to see how it all turns out as the boys give a rundown of the enthralling final and deciding match.  We also talk training camps, the AFC Under 23s in Qatar and especially that offside call and maybe just maybe Mark will get time for his long overdue rant on referees.